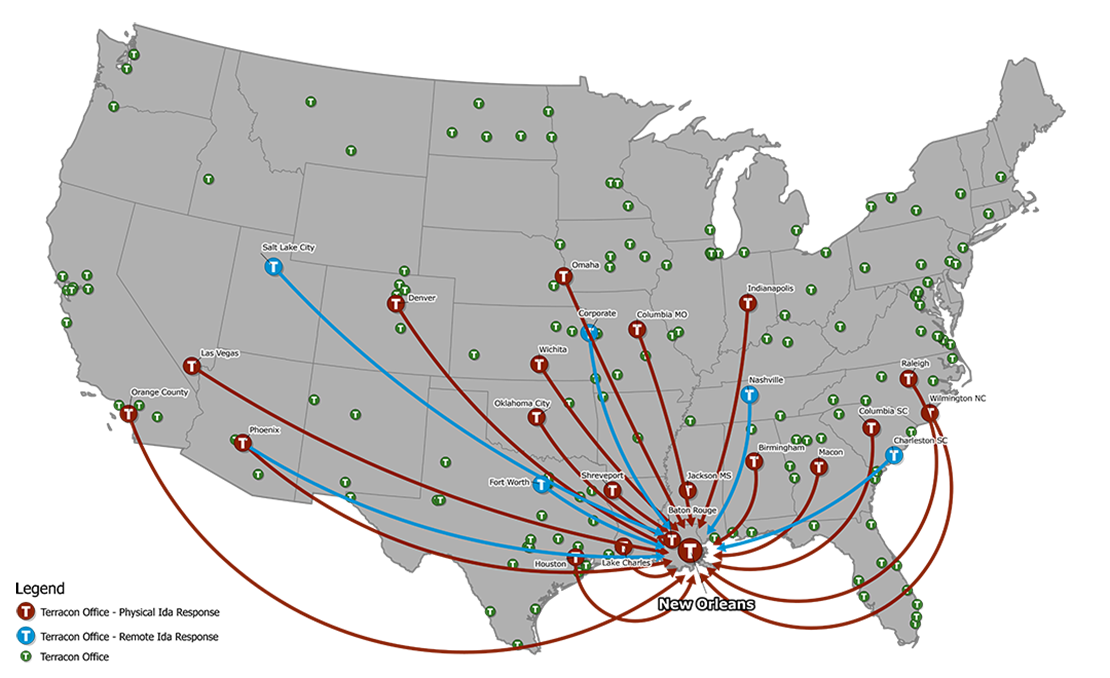 Terracon offices across the country responded to Hurricane Ida.

Early warning systems help Terracon’s disaster response team respond to clients’ needs to protect property in the wake of a destructive storm, which is exactly what happened in the summer of 2021.

It’s late August, and you’ve settled down in front of the TV in your home in the outskirts of Anywhere, USA. As you are flipping through the lineup, you pause for a moment on the Weather Channel where two prominent meteorologists are on the screen feverishly pointing at satellite and radar images. Their excitement is obvious, and you know immediately that a system has no doubt formed off the west coast of Africa and is now barreling through Barbados, St. Lucia, or some other tropical paradise.

This scenario is very familiar to just about all of us thanks to mother nature and modern technology. You know it all too well, but what you may not know is that days prior Terracon personnel were already working diligently to respond to the needs of its clients in the wake of the storm’s destruction and bolster their overall resiliency.

Hurricane Ida was no different. Ida ultimately made its U.S. landfall near Port Fourchon, Louisiana just before noon on August 29, 2021 as a Category 4 storm, but that is not where the story began for Terracon and its clients. By mid-August, just about every storm follower along the Atlantic and Gulf Coasts was busy studying the tropics on a daily, if not hourly, basis. On August 24 of 2021, the system that would be known as Hurricane Ida was known simply as Invest 97L, and it was just one of three primary systems being studied by meteorologists. By this time Invest 97L had also caught the attention of a group of 12 Terracon specialists located in our Gulf Coast Division. Phone calls and emails were already beginning to buzz. On August 26th, Tropical Depression Ida became Tropical Storm Ida. On that same day, Terracon’s 12-member Disaster Leadership Team initiated its pre-landfall protocol, and this core team maintained constant communication throughout the life of the storm and for several months that followed.

The process of approximating the storm’s path of damage, geographically staging instruments/equipment, assessing available qualified personnel, and preparing our clients was underway. National accounts like banks, healthcare systems, and property management groups know the scenario very well, and we have been planning with them for several days. Vulnerable clients like medical centers, water treatment plants and utilities, universities, K-12 schools, and local emergency response teams were all likely to sustain significant damage; they knew it, and many of them were already in communication with members of our response team.

As the storm’s outer banks began to tatter the Louisiana coast, the response team grew to nearly three dozen employees from Seattle to Tampa and from Orange County to Nashville. Team members were calling and texting other team members who were potentially in harm’s way. This type of communication continued until the system diminished and was no longer a threat. On the day after landfall, team members assessed the damage to Terracon offices within the storm’s path and the homes of Terracon personnel. Our first stage of assistance was directed at our own Terracon family members.  Next, we began to assess the immediate needs of our client/partners.  In all, 41 Terracon employees from 19 different Terracon offices began to provide critical services such as:

In the days, weeks, and months that follow Terracon came to the aid of:

Our Disaster Response team’s goal is to help protect our employees and clients and their properties. We’re ready to partner with you when severe weather strikes, providing a compassionate response and constant communication on services when you need them most. Let’s work together to plan ahead for the next weather-related disruption. 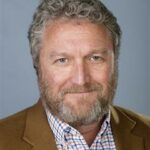