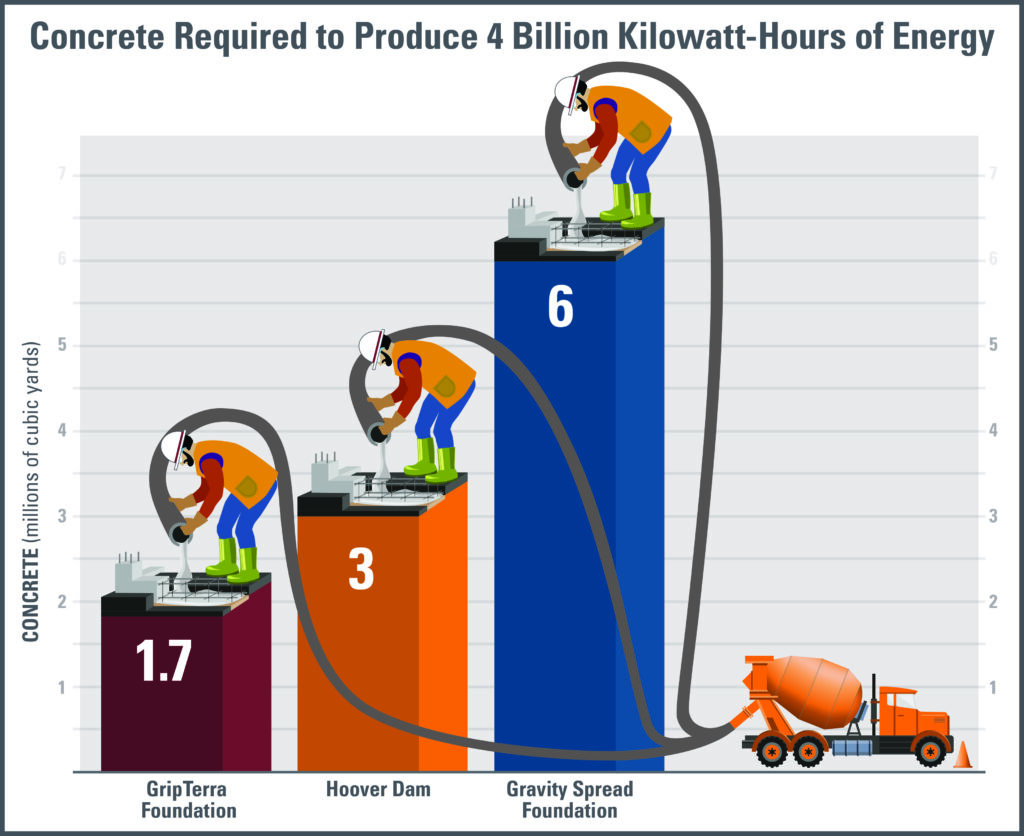 The next generation of wind foundations will rely on superior geodesign, not just more concrete.  While the GripTerra pier foundation may not be one of the engineering wonders of the world, it’s the preferred sustainable choice for wind energy.

The GripTerra pier foundation is patent-pending, owned by Terracon and designed to support wind turbines using a steel monopole tower. The foundation consists of a large diameter, cast-in-place, post-tensioned concrete annular pier with a reinforced concrete collar placed around the upper 4-6 feet. This collar addition greatly enhances the rotational stiffness of the pier, allowing for a reduction in the required pier depth or increased loads imparted by longer rotors, taller towers, and larger turbines. 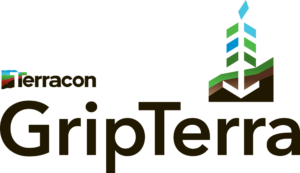 The behavior of the GripTerra pier foundation is different from the traditional gravity spread foundation used to support wind turbines. The pier foundation resists the applied horizontal loads and overturning moment mainly by the passive horizontal resistance of the soil that surrounds the pier and by soil bearing capacity on the base of the pier. The addition of the collar further enhances the resistance capacity of the pier by creating a zone of improved ground directly around the upper portion of pier, reducing movement at the surface.

The collar is typically integrated into the foundation by extending post-tensioned radial bolts from the pier through the collar. The concrete collar, now structurally connected to the pier, provides additional resistance to the overturning moment and increases the rotational stiffness of the foundation. This enhancement allows the pier to efficiently support larger wind turbines, reducing excavation, concrete, and steel, resulting in a substantial reduction in carbon dioxide emissions and a significantly smaller carbon footprint than other wind foundations.

When it comes to green energy, GripTerra’s innovative new solution is the most sustainable and eco-friendly foundation for wind turbines on the market today. As an example, the construction of a gravity spread foundation supporting a typical 4.2 MW wind turbine generator (WTG) releases over a million pounds of carbon dioxide into the atmosphere. In comparison, the construction of a second-generation pier foundation supporting the same WTG results in a 62% reduction in carbon dioxide emissions. For a 100-turbine wind project, this amounts to a total reduction of more than 64 million pounds of carbon dioxide, equivalent to removing about 5,400 cars from the road.

As wind turbines get bigger, this patent-pending foundation design can support these increased loads while realizing a significant reduction in carbon dioxide emissions.