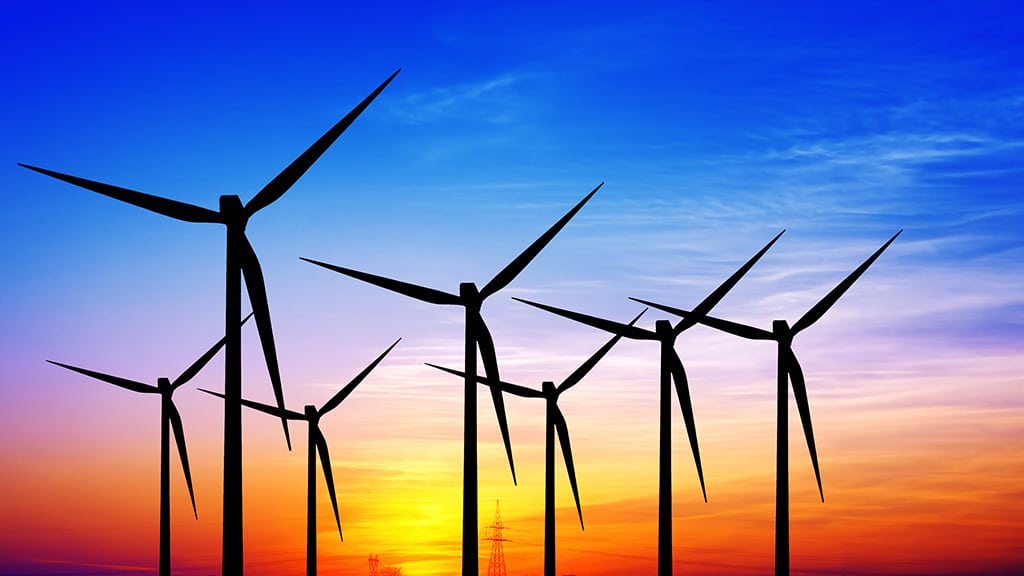 P&H Soil Anchor Foundations were the Solution in Southeast Texas

Mere miles from the Gulf Coast in Southeast Texas, a client, hoping to capitalize on the ample wind generated off the water, approached Terracon with a potential wind project. In the past, coastal areas presented problems for a typical gravity foundation system (GFS) due to shallow groundwater, buoyancy issues, salt-water dewatering, and soil improvement issues, all adding to the expense of the project.

So how exactly does the P&H soil anchor foundation solve these problems? “Our foundation has a shallow concrete cap requiring minimal excavation” explains Underhill. The cap is supported by two dozen or more soil anchors drilled to depths in the range of 40 to 50 feet, or deeper as necessary. The number and depth of the anchors are a function of the soil conditions and ultimate load requirements of the wind turbine generator (WTG). The goal is to bypass poor quality soils until you reach stiffer soils that can support the load requirements. The unique characteristic of the P&H soil anchor foundation is that some anchors work in tension while the others work in compression, which makes the foundation more stable. Because the anchors are drilled through the cap, those anchors in compression literally pull the foundation into the ground.

The client had never built a wind farm with P&H anchor foundation. They were intending to install large 3.15 megawatt (MW) WTGs. The client was facing multiple challenges:

Terracon provided the client with a conservative conceptual design for the project. Our proposed P&H Soil Anchor design was an obvious cost saving option: no requirement for soil stabilization, dewatering, and significant savings in concrete for the massive gravity foundations that would have been necessary. Still, work was required to confirm how many anchors would be needed and how deep they would need to be advanced. If the investors were going to back this foundation solution, more data was going to be needed to convince them that the risks were adequately covered.

We were engaged by the client to verify and optimize the design attributes. This included a process of fine-tuning the anchors by changing anchor lengths and anchor numbers to ensure design requirements were achieved. This was more than a paper exercise, it had to be demonstrated in the field. “We installed a number of different kinds of anchors to different depths in different soils. We completed pull tests on the test anchors at forces exceeding design loads. Ultimately, our team has a database resistance data which they used to both verify and optimize the design,” Underhill explains.

“The way financial institutions look at projects is the soundness of the engineering calculations. In this case, once the design is optimized, we prepare a design package that laid out all the numerical analysis, calculation steps and the relevant drawings,” says Mohammad Nasim Ph.D., P.E., National Director, Geostructural design services. “An independent reviewer engaged by the financial institute issued design review questions for Terracon’s response. There’s typically a closure on the question-and-answer, and eventually they approve the design for financing.”

The P&H soil anchor foundation requires significantly less concrete and steel to construct than GFS. “It was a great design solution also in the sense that these were fairly large turbines that would have required a very large GFS that will need a lot of concrete in order to construct, even if they got past all of the other site issues,” states Underhill.

Less construction materials means lower construction costs, but that’s not the only financial benefit to the client. “As time progresses, we can go back and re-tension these anchors, so the foundation can be brought back to near as-built condition. For future heavier loads (as technology advances favoring larger WTGs) and if the current foundation system did not meet the requirements of the new loads, the foundation can be easily modified with a supplemental concrete collar. “The addition may or may not include anchors and is an easy upgrade to meet the new  performance and design load requirements,” says Nasim.

Terracon’s three patented P&H wind turbine foundations (soil anchor, rock anchor, and tensionless pier) have a significant characteristic that makes them a huge selling point for most clients. The concrete in the foundations is permanently under compression, which eliminates tensile cracks, and extends the life of the foundation. According to Underhill, “the correct compression load is established which will avoid any tension in the concrete as long as the design critical load combination is not exceeded.” This required prestress of the concrete is achieved by examining different load combinations, whether it be seismic, normal operational load, extreme wind load or emergency stops, or a combination of any. “Our foundations are always under compression, never under tension and that reduces significant fatigue of the foundation over time,” says Underhill.

After the foundation is constructed, quality control checks are performed on the anchors to ensure they are meeting the load requirements specified in the design. “The combined effect of all the anchors in a circle and in tension or compression ensures better performance,” says Underhill.

As the project commenced and was eventually completed, regular site visits, modifications, and communication between Terracon’s design team, the EPC (engineer-procure-construct) contractor and the client ensured the project’s success. “We went out to the site to problem solve and troubleshoot and it ended up being a very hands-on, intensive experience,” says Underhill.

Terracon’s scientists and engineers are proficient in local regulatory, geologic, and construction practices, working with owners, developers and EPC contractors to maintain progression, quality, and efficiency to stay within budget throughout all stages of a project.