Resurrecting the Site of a Former Funeral Home 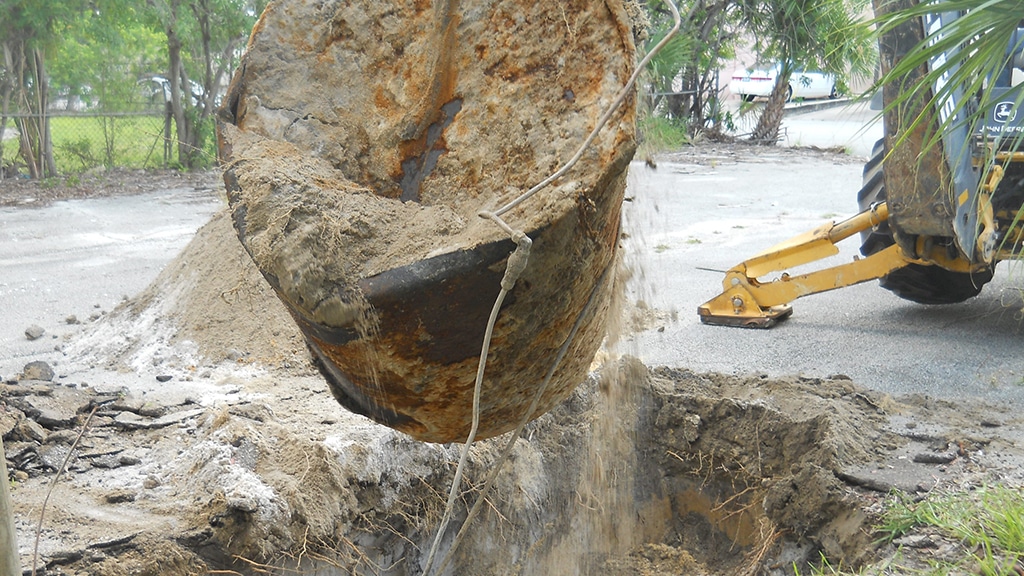 Property in Florida, especially in a waterfront community like the City of Cocoa, can be a scarce commodity. Yet a property, located within walking distance to the thriving historic Cocoa Village community redevelopment district, sat unused for more than 20 years once a funeral home located there ceased operations.

The perceived threat of environmental concerns associated with the property contributed to the site withering away. Recently, a team of environmental professionals in Terracon’s Winter Park office helped the City and a private developer utilize federal and state Brownfields funds to transform the former funeral home property into newly constructed townhomes.

In 2017, a local developer informed the City it was interested in the property but was reticent to purchase it due to the perceived issues of contamination. After receiving an EPA Brownfield Assessment Grant, the City chose Terracon as its environmental consultant to perform a Phase I Environmental Site Assessment (ESA) on this property. The Phase I ESA report identified numerous recognized environmental conditions (RECs), including:

Continuing to utilize the EPA Federal Brownfield Assessment Grant funding, the City then contracted Terracon to conduct a Phase II ESA to address the RECs, as well as remove the newly discovered heating oil UST. The Phase II ESA results did not identify any impacts to the soil and groundwater associated with the RECs from embalming fluids or the three USTs associated with the site.

The Phase II ESA did identify impacts to the soil from arsenic associated with the former railroad line on the eastern boundary of the site. Arsenic in the soil was detected at concentrations exceeding Florida soil cleanup target levels for residential properties. Additional assessments defined the horizontal and vertical extent of the arsenic impacts to the soil and determined that it was not detected in the groundwater at concentrations above Florida cleanup target levels. 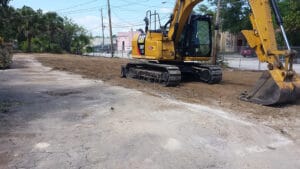 The City presented Terracon’s findings, along with a cost estimate to remediate the arsenic-impacted soils, to the private developer which had previously expressed interest in purchasing the site. Based on this information, the private developer decided to move forward with purchasing the property and contracted directly with Terracon. The Terracon team then assisted the developer in entering into the State Brownfields program, and submitted a Brownfield Site Rehabilitation Agreement (BSRA) to the Florida Department of Environmental Protection (FDEP), which was approved. Terracon then conducted soil excavation activities at the site, removing 336 tons for proper disposal at a licensed landfill.

The developer recouped 75 percent of the remediation costs via voluntary cleanup tax credits (VCTC) through the Florida Brownfields Redevelopment Act. The FDEP issued a Site Rehabilitation Completion Order (SRCO) for the site, verifying the complete and proper removal of the arsenic impacted soils from the site.

Today, what was once a long-abandoned funeral home is a vibrant and beautiful $3.3-million townhome project, and all 18 townhomes currently under construction have been pre-sold. Terracon’s assistance enabled Cocoa and a private developer to use more than $100,000 of Federal and State Brownfields funding and tax incentives to make the successful redevelopment of this property a reality.

Mark Mulligan, P.G., is a principal and environmental department manager in Terracon’s Winter Park, Fla. office. He has more than 26 years of experience related to environmental consulting, with expertise in Phase I and II environmental assessments, remediation, asbestos, brownfields, and transportation projects for private developers, local and state governmental entities, and national clients.