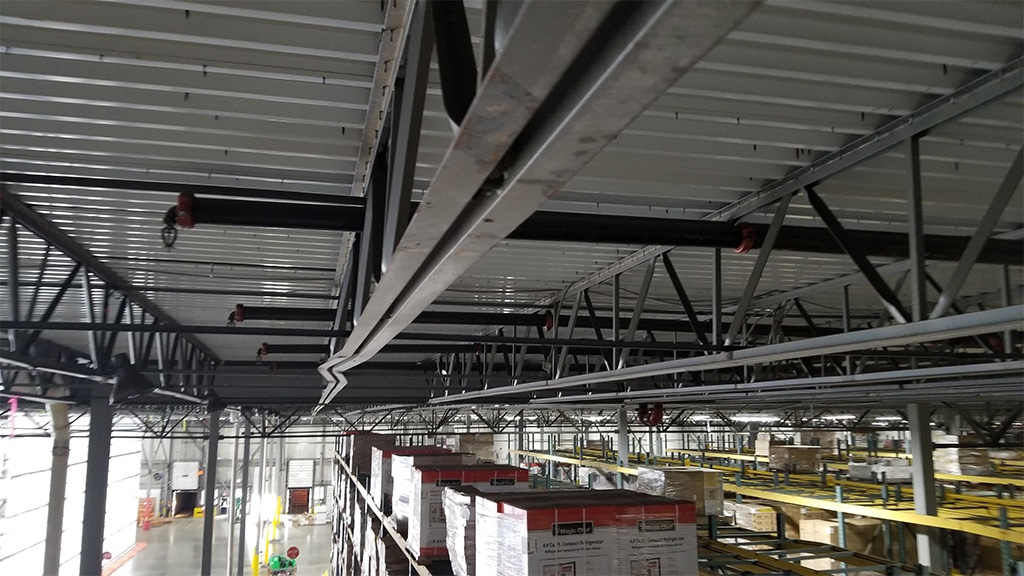 Damage resulting from high winds and tornadoes is never a good thing, but when it occurred this spring at a major distribution center for a large national retailer, it led to the discovery of serious structural issues in a critical facility that required immediate attention.

When a major storm brought high winds to Savannah, Ga., in mid-April, the roof of the distribution center was peeled back, creating a large hole and causing interior damage to bar joists and other structural elements. Terracon was called in immediately after the storm for an assessment of the damage and consultation with the general contractor regarding repairs.

The distribution center, covering 1.5 million square feet, supplies multiple stores in Florida and Georgia for a large national retailer. Despite the damage, the retailer wanted to keep the facility at least partially open during repairs if possible. If this had been a typical storm repair scenario, that would not have been complicated — but this situation was different.

The first Certified Welding Inspector (CWI) on site noted visible damage to the building’s roof, joists, structural beams, and columns. After taking photos and discussing findings with the general contractor, safety during repairs became a primary concern. During the first full week after the storm, Terracon sent three more CWIs to the site. The team discovered a few columns were sinking and showing rusting below grade, changing the scope of the project from above ground to below ground. 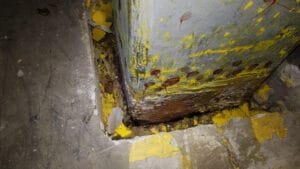 As the inspections continued, many more of the building’s 240 columns were found in need of repair or replacement. It was determined that damage to the columns had likely been caused by  the techniques used during construction of the building, corrosive soil, and decades of moisture and weather changes. The result was an unstable structure with the potential to collapse at any time. The storm hitting the building was an event that made uncovering the hidden damage a reality.

Safety is the primary consideration as the remediation work continues, and pre-task planning is done daily to address changing conditions.

“Our team has done an amazing job at being nimble and safe,” said Romeo deLeon, CSP, senior national account manager and senior principal based in Terracon’s Atlanta office. 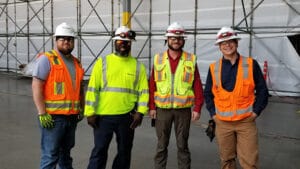 Terracon’s national resources enabled us to assemble a team of facilities, geotechnical, and materials experts who understand the challenges of keeping the distribution center operating while critical structural repairs are completed. The unstable condition of many of the columns has raised safety concerns, requiring a team that is aware and able to make decisions as conditions change. Our experienced teams routinely work with clients to develop safety plans that allow business to continue while work is being performed.

For more information about this project or our disaster recovery expertise, please contact