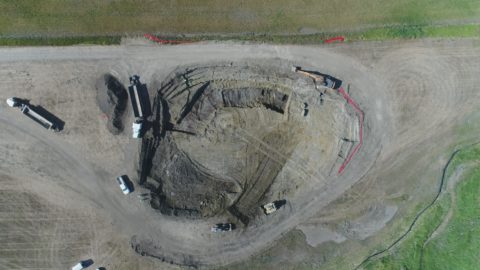 Thousands of oil and gas wells have been drilled in North Dakota over the past six decades – many long before the environmental regulations of today were in place. Today, some of the sites damaged from early exploration and production activity, referred to as “legacy sites”  remain and need attention.

In many cases, legacy site locations have been known for years but could not be addressed due to lack of funding or jurisdiction. Now, under state law with funding allocated and legislation in place, abandoned legacy site wells and production facilities where no responsible party remains, can be evaluated and action taken to address environmental impacts. The goal of this funding under the North Dakota Abandoned Oil and Gas Well Plugging and Site Reclamation Fund (AWPSRF) is to repair damages from legacy oil exploration and production to restore the land to productive use. 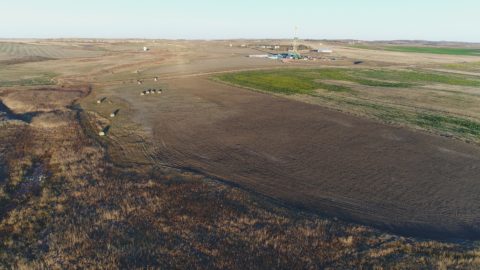 Recently, Terracon was tasked with investigating subsurface impacts of a legacy reserve pit in western North Dakota where obvious surface impacts of stressed and dead vegetation were observed below the historical pit toward a nearby creek. A limited site investigation (LSI) was conducted to determine the extent and magnitude of contamination and to provide corrective action recommendations for remediation and reclamation. Based on the LSI results, initial cost estimates to remove and replace impacted soils, and the site’s priority level based on environmental risk, corrective action was put on hold until additional funding could be made available through the state legislature.

The initial design of the corrective action was revised to limit the amount of soils to be hauled offsite and avoid impacts to the nearby creek. The revised corrective action focused on: source removal of the pit and soils identified to be too contaminated to support vegetation based on electrical conductivity and chloride; mixing “borderline” soils and placing them in the bottom of the excavation; and experimenting with a soluble algae bioremediation product in wetland areas. This redesign reduced the cost to the state by more than $500,000 and resulted in 50,000 tons of soil being removed from the site. Because of the success of previous remediation and reclamation projects under the AWPSRF, the state approved additional funds to address the legacy reserve pit.

A Corrective Action Plan (CAP) was submitted to and approved by the NDIC. The scope of services in the CAP included the solicitation and selection of an excavation contractor experienced in brine and petroleum hydrocarbon soils remediation and selection of a special waste landfill to dispose of the impacted soil. To accomplish goals of final reclamation desired by the state, landowner, and tenant, environmental consulting oversight was provided during excavation to document site activities, field screen soils for segregation, and directly place backfill for grading. A storm water pollution prevention plan was designed as part of the CAP, and the erosion and sediment controls implemented ultimately proved vital to the project as drought conditions at the beginning of the project gave way to many work days being cancelled due to rain. Drone and GIS services were also provided in conjunction with laboratory analytical results to maintain remediation goals throughout the project to ultimately return the impacted area to productive agricultural use.