Building Diagnostics: Going Deep to Determine Cause and Effect 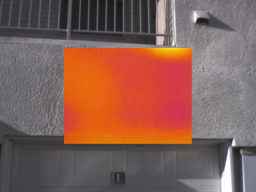 Water, though a vital part of our lives, can be very destructive to the built structures environment. It is especially important to assess suspect water infiltration and damage when considering purchasing a property as considerable cost and operational impacts are probable.

During a routine property condition assessment for a national client on a multifamily apartment complex, our facilities team immediately recognized signs of water damage. We quickly determined that this project would need more investigation to assure the client of its viability for purchase.

The complex, which the client planned to acquire, consisted of 16 two-story buildings housing 200 units, a community clubhouse, and pool area. Located in Colorado Springs, Colo., on a steep hill with an asphalt driveway, our team could see where water drainage flowed downhill and into many of the buildings’ foundations which were being held in place by wooden railroad tie retaining walls.

Based on our initial site and buildings observations, this project was in need of not only a property condition assessment but also a full building diagnostic review. It was determined this would include a detailed investigation of several items which were deemed defective or damaged.

In reviewing the 12-acre site, the first task was for us to recommend an alternative to the current flow of surface water at the site. Recommendations included installing a below-grade storm pipe system which would distribute water into a regional detention pond at the lower portion of the hill. Mitigating the surface water from the driveway afforded reconstruction of the grading around the building perimeter. The wood retaining walls could then be stabilized and reconstructed with a perimeter drainage system. These adjustments would deter impact to the buildings on site.

During the site walk, water staining and surface bubbling on the Exterior Insulation Finishing System (EIFS) exterior wall surface were noted along with roof defects. Fireplaces and roof gables were not constructed with the proper flashing between the horizontal and vertical surfaces. This is where water migrated into the wall cavity. Recommendations for proper flashing and gutters to be installed and downspouts be redirected to remove water efficiently from the roofs were necessary remedial actions.

Water staining was also observed on many of the garage ceilings leading our team to conclude that the balcony design, which had a structural beam bridging between the walls, was not flashed properly resulting in water seeping into the first floor cavities. Further concerns developed regarding potential impact to unit interiors.

After the water pathway was identified, further investigation was warranted. Thermographic imagery on exterior surfaces to ascertain the extent of water infiltration under the EIFS exterior and around the window areas was performed.

Thermal imagery is heat sensitive and detects differences in surface temperatures by color: the orange and reddish areas indicate dry and hotter areas while the blues and purples indicate cooler areas which may contain moisture. Terracon uses thermal imaging in cases where deconstructive wall testing is not an option or would be overly expensive to repair the walls after testing.

After reviewing the thermal photo results, additional evidence suggested the need for destructive investigation. A contractor was hired to remove a 2-foot-square area of wall below a window to expose the interior wall system. Using a moisture meter, our team tested the interior parts of the wall and removed material. This led to identification of water damage at the interior surface of the wood sheathing. Water damage was also noted on the interior insulation, rendering it virtually useless.

At the conclusion of this in-depth testing, our short-term recommendation included that flashing be installed at window heads and sealants be replaced. Long-term recommendations included removing and reconstructing the EIFS wall system and installing a drainable system with a compliant weather resistive barrier. In addition, replacement of all penetration flashing was recommended. Terracon provided the client a Reserve Cost Table outlining upcoming maintenance repairs to the property over a 10-year life cycle.

Performing an in-depth property condition assessment allows our clients to accurately anticipate the current and long-term repair and maintenance needs of a potential real estate purchase. In this case, our client negotiated a better purchase price and was now equipped with a long-term maintenance plan to correctly monitor and manage the structures.

Terracon is committed to identifying the cause of the problems and providing cost-effective solutions and critical information to help clients maximize the return on their property investments.