Ryder Trauma Center is recognized as one of the world’s leading healthcare facilities and is credited with saving thousands of lives every year as a part of the University of Miami and Jackson Memorial Medical Center. As the only certified Level 1 trauma center in South Florida for both children and adults, Ryder is centered on the principle of lowering the preventable death rate by expediting delivery of care during the crucial hour immediately after injury occurs. So when this facility with a worldwide reputation for clinical excellence began experiencing moisture intrusion issues, it quickly became apparent they would need a timely and non-disruptive solution to the problem. 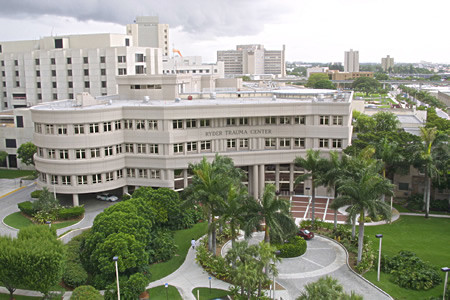 Terracon was retained as the building enclosure and moisture intrusion consultant for renovation of the four-story, 166,000 square-foot free-standing facility. The Ryder building enclosure includes all the systems separating the interior environment from the exterior, primarily consisting of an Exterior Insulating Finish System wall cladding (a synthetic material system in the stucco family), punch type windows and storefront systems, membrane roof systems, and below-grade waterproofing systems. Terracon consulted throughout the project design phase and performed a hygrothermic analysis on the building enclosure systems as part of the design and construction documents peer review.

Hygrothermic modeling is the process Terracon uses to analyze a building’s moisture conditions and the effects of humidity on building wall and roof systems, and the response of those systems and their components based on thermal loading of the outdoor environment. Thermal loading occurs when temperature conditions in a building influence moisture transport and, inversely and simultaneously, high moisture levels lead to increased heat loss. 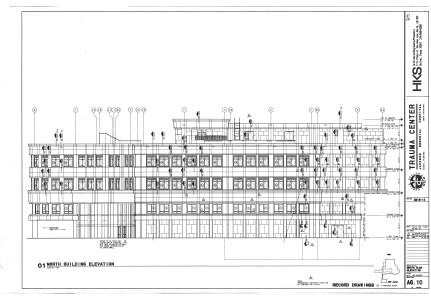 Using our hygrothermic modeling capabilities, Terracon completed the building enclosure evaluation and provided the trauma center with the moisture intrusion solutions to allow the facility to remain focused on its life-saving mission.