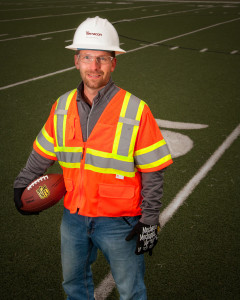 The Minnesota Vikings have a new fan. Walter Krahl might not be sitting in one of U.S. Bank Stadium’s 65,400 seats next year when the NFL team hosts its season opener, but this Terracon materials inspector has been thinking about the Minnesota Vikings 2016 kickoff every day for more than two years.

“I still like my Rams, but having the opportunity to be involved with the quality inspections on the structural steel components for the new Vikings stadium definitely makes me want to see them do well,” said Walter, a 15-year, certified welding inspector. “The materials we work with support a state-of-the-art facility and we had to make sure everything was built exactly as designed. I look forward to touring the facility someday and seeing all the pieces that our team worked on put into place.” 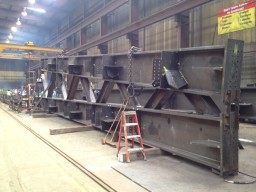 During every project, team members must be flexible and responsive in the dynamic construction environment – this project was no different. When complete, the U.S. Bank Stadium’s 1.8-million-square-foot stadium will contain more than 3,100 tons of structural steel inspected by Terracon. Schedule compliance on the project was critical to the project’s success, production schedules fluctuated and periodically 24-hour production was required. Walter and the Terracon team were able to deliver not only their expertise, but the manpower to properly inspect and test all the structural members—sometimes on a day’s notice. Tag-out procedures and constant communication were critical to ensure the structural members were fabricated to meet the project requirements. 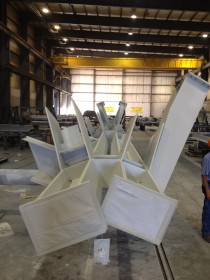 “The U.S. Bank Stadium ownership is extremely happy with the way this team came together,” said Gregg Johnson, Hammes Company Sports Development Inc. “Reports were clearly detailed and in our hands quickly, which led to no surprises. They were our fabrication shop’s eyes and ears and made the owner’s interests the focus of their work.”

Late in the project, Terracon’s inspection services were needed at another fabrication shop in Columbia, Tenn., to provide the inspections and testing for the world’s largest operable doors. Thankfully, Walter has friends in Terracon’s Nashville office who also quickly became Minnesota Vikings fans.

Walter is just one of Terracon’s employees providing responsive service, whether to the owner, contractor, architect, or another team member. This personal commitment, combined with a national network of materials experts and resources, means that through their work, Terracon’s employees will be supporting the Vikings’ new stadium for many years to come.

Jesse Kocher, P.E., is the materials department manager for the St. Louis office. He has managed hundreds of projects in the Midwest providing construction materials engineering, testing, materials selection, and investigation of in-place materials.